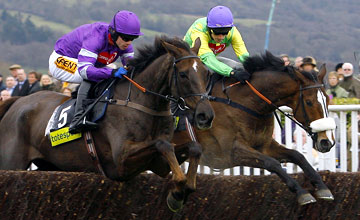 British and Irish horseracing broadcaster GBI Racing Limited has signed a deal with Swedish monopoly AB Trav Och Galopp (ATG) that will see its coverage shown in over 2,000 retail betting outlets throughout the Scandinavian nation. GBI Racing is the joint venture between Racecourse Media Group and At The Races and provides live multi-camera coverage from every one of the 58 racecourses in the UK along with Ireland’s 26 tracks and has recently signed similar deals for Finland, Denmark, Russia and Canada. The agreement will see punters in Sweden able to place wagers on British and Irish horse races every Friday and also covers ‘showpiece meetings’ such as this year’s Royal Ascot, which is scheduled to begin from the world-famous Berkshire track tomorrow. “We are delighted to be launching in Sweden and extending the ties between the two racing territories,” said Nick Mills, Territory Director for GBI Racing. “There has long been a strong Swedish presence in the UK and Irish racing industries. We are very familiar with leading owner/breeder Erik Penser, trainer Hans Adielsson and jockey Nicole Nordblad, who have enjoyed considerable success here and we’re confident their exploits along with a fantastic upcoming summer of racing will resonate with Swedish punters.” GBI Racing declared that the deal will also see horseracing fans in Sweden able to place wagers using their mobile device and at any one of the nation’s 37 racecourses, of which 32 are classed as ‘trotting tracks’ followed by four thoroughbred venues and one dual-use course. “Sweden has a long and strong tradition with horseracing and betting on horses, mainly when it comes to trotting,” said Kent Ohlander, Sales and Marketing Manager for ATG. “Through this new co-operation with GBI Racing, we hope to broaden the interest for thoroughbred racing as well and what better way to kick things off than with prestigious Royal Ascot.”