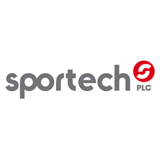 Sportech revealed that eBet Technologies has provided Saratoga Harness Racing with technology that permits patrons at the New York land-based facility to utilise a single-registered account in order to wager via the EmpireCityBets.com domain in addition through mobile and telephone channels.

“The process of bringing our new website, mobile wagering service and telephone wagering service to launch has been seamless and professional thanks to the combined efforts of Saratoga Harness Racing and eBet Technologies,” said Robert Galterio, Vice-President and Chief Operating Officer for Empire City Casino.

“We are confident that the technologies and services they provide will satisfy every level of EmpireCityBets.com player and will help Empire City Casino capitalise upon the synergies between the online and on track experiences.”

The Empire City Casino re-opened its doors in 2006 following an extensive renovation and offers over 5,300 slot machines alongside games of roulette, craps, sic-bo and baccarat. Located just north of New York City and next to Yonkers Raceway, the facility is reportedly the most lucrative casino in the state despite stiff competition from the rival Saratoga Casino and Raceway.

“We were enthusiastic to work with Empire City Casino to bring EmpireCityBets.com to life and to offer its fans the convenience of multiple interactive channels,” said Mark Gregory, Interactive Products and Services Managing Director for Sportech Incorporated.

“We are also delighted to be expanding our relationship with Saratoga Harness Racing, itself a long-term valued customer of Sportech. An arrangement like this one highlights the flexible nature of the eBet Technologies interactive offering and our ability to customise solutions to the specific needs of each licensed operator we serve.”